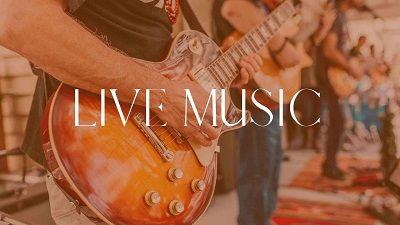 What’s up, Katzen? Double-time it up to Hollerbach’s Biergarten and join us and The Greg Parnell Group and the Central Florida Jazz Society for a night of jazz, wine, cocktails, and of course German treats.

Aᴄʜᴛᴜɴɢ Mᴜsɪᴄɪᴀɴs! Following their show, the Greg Parnell Group will open up the stage for you to sit in on a jazz jam session!

This is a NO COVER CHARGE SHOW!!!
AWARD WINNING BLUES
2014 INTERNATIONAL BLUES CHALLENGE 3RD PLACE WINNERS
2013 INTERNATIONAL BLUES CHALLENGE BEST SELF PRODUCED CD TOP 5 FINALIST
2013 BLUES SOCIETY OF WESTERN PENNSYLVANIA 1ST PLACE WINNERS
2007 WEST VIRGINIA BLUES SOCIETY 1ST PLACE WINNERS
Billy the Kid and The Regulators are a high powered, guitar driven, rhythm and blues band based in Pittsburgh. Lead singer Billy Evanochko is widely-known across the Steel City for his impassioned lyrics, seductive vocals, and stinging guitar riffs. Together with his band, The Regulators they deliver a well-balanced dose of funky rhythm and blues, with heart and soul being the main ingredient, playing countless clubs and festivals throughout the country. The band attracts fans with their fresh mix and interpretation of the iconic R&B experience.
Billy the Kid & The Regulators won over the Blues Society of Western Pa taking first place honors among the acts at the Blues Challenge in Pittsburgh in 2013 earning them a spot at the 2014 International Blues Challenge in Memphis, TN. The Band competed with acts from all over the world in Memphis January 22-25, 2014, earning them the 3rd Place Win among the best blues bands in the world! Their Sophmore CD “She Got a Hold on Me”, released in April 2012, wowed judges in Memphis, TN in which it placed in the top 5 best CD’s submitted from around the world for the Best Self Produced CD.